Port of Vukovar (Luka Vukovar d.o.o.) is the largest authorized concessionaire in the port area of Vukovar, and is also the only one that operate with general and scattered cargo. The mission of Port of Vukovar is the efficiently managing port transhipment and storage operations over goods for various business partners from Croatia and abroad with a mission to provide tke highest quality services to partners. The company fulfills own mission within its capacities under the conditions which are compliant with the Tariff and customs of the port approved by the Port of Vukovar Authority.

Today, 65 workers are full -time employees, but there is a possibility of additional employment of seasonal workers if necessary. As a further consequence of the crisis, along with the new competition in the port area and with the discovery of other sources of raw materials, there has been a decline in the amount of transhipment of traditional scattered cargo (coal, cereals and iron ore), but lately the return of these shipping goods, primarily coal, has been noticed.

Current economic indicators suggest that in the near future, port traffic will increase, although we are aware that at this moment it is not yet at the level it was before the Homeland War in absolute terms. However, productivity indicators of the amount of cargo per employee and crane are actually even better than those so – called “golden” times. For example, at the height of its glory, the port had an average of 8,000 to 10,000t cargo per employee, while this indicator rose to over 11,000t per worker in 2005 and 2006. Similarly, in the earlier times an indicator of the ratio of the amount of transhipment per crane was up to a maximum of 250,000 t per single crane per year, while in 2006 this indicator was over 305,000 t. These data classify Port of Vukovar as one of the most active and productive port on the Danube river.

In addition to transhipment and storage operations, Port of Vukovar is developing a program of agency services, both for merchant ships and passenger tourist cruise ships, which have significantly increased their presence on this part of the Danube in recent years.

The mission of the Port of Vukovar is to efficiently managing port transhipment and storage operations over goods for various business entities from Croatia and abroad, and to provide the highest quality services to partners.

Become the leading port on the Danube in this part of Europe.

Our company through photography 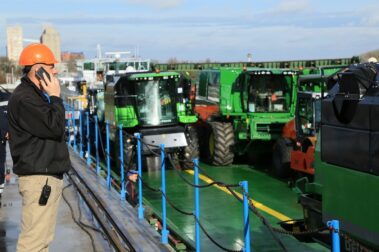 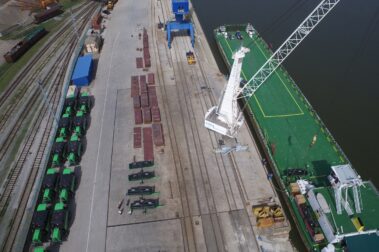 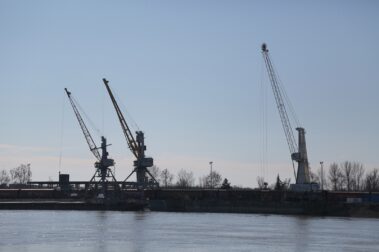 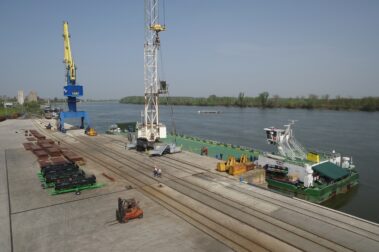 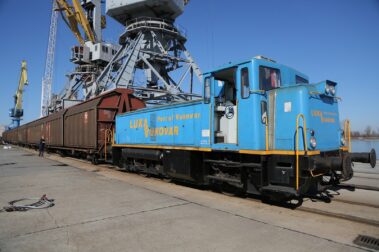 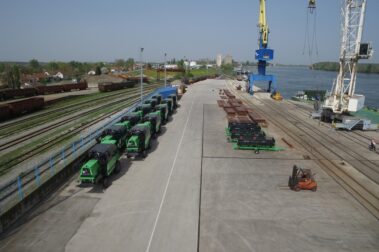 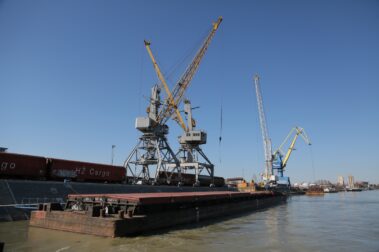 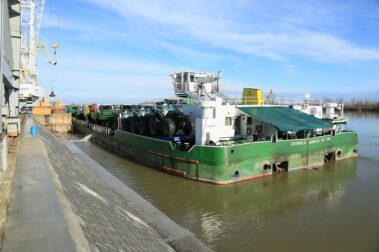 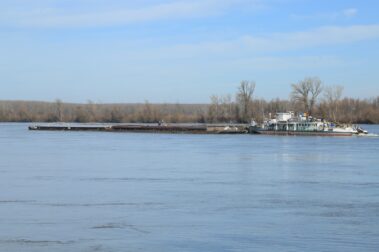 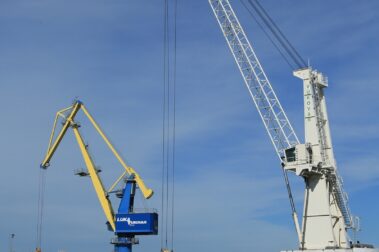