A meeting with representatives of Petrokemija Kutina d.d.

You are here:
News 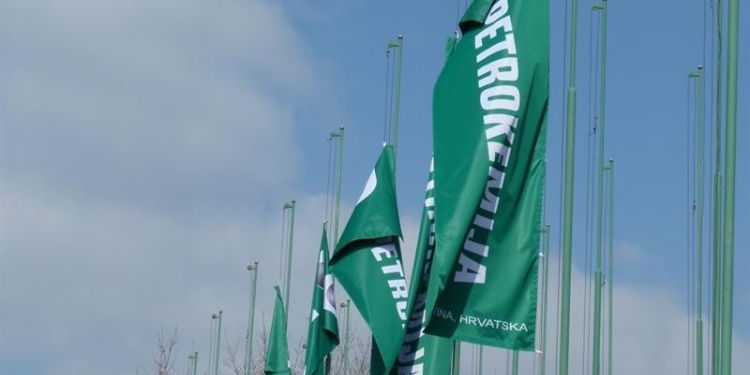 On May 11th  2018. a meeting was held in the premises of the City Hall of Vukovar on the topic of deepening and strengthening economic cooperation between Petrokemija Kutina d.d and the city of Vukovar, which is reflected in the open sales unit of Petrokemija Kutina d.d in Vukovar and long-term cooperation with  Port of Vukovar  (Luka-Vukovar d.o.o.).The meeting was attended by members of the Management Board of Petrokemija Kutina d.d – Mr. Đuro Popijač and Mr. Davor Žmegač, members of the Supervisory Board of Petrokemija Kutina d.d – Mr. Mijo Šepak, Mr. Željko Klaus, Mr. Ladislav Turčinović, Mr. Robert Blažinović and Mr. Marijan Kuprešak, director of Port of Vukovar (Luka-Vukovar d.o.o.) -Mr. Marijan Kuprešak and the director of corporate affairs Renato Habek and the secretary of the Supervisory Board Mrs. Gordana Jugović.After the meeting, the participants visited the company Port of Vukovar (Luka-Vukovar d.o.o.) to see the transshipment capacities, highlighting the long-standing excellent cooperation between the two companies, as well as the potential for the entire economy of the Republic of Croatia they represent.Furthermore, it was pointed out that there are preconditions for increasing the transshipment of goods used by Petrokemija Kutina d.d, both input raw materials and finished products, and that both sides will work to increase the volume of economic cooperation to realize the potential of companies.
Podijeli ovu vijest
Share on FacebookShare on Facebook TweetShare on Twitter Pin itShare on Pinterest Share on LinkedInShare on LinkedIn